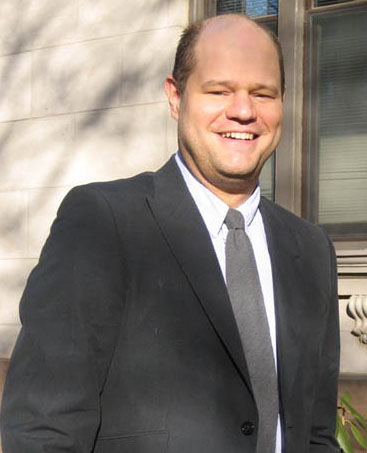 Michael A Boozer graduated from MIT with a bachelor’s degree in Physics before starting graduate school at Princeton where he obtained his PhD in Economics. It is this diverse background that he also values in his IDE students. He joined Yale in 1993, first teaching the PhD Econometrics course that prepares doctoral students for their econometric paper requirement. His research interest is in Education and Labour policy where he studied consequences of class size on student achievement, looked at the relationship between human development and economic growth and the link between school quality and race.

In 2002, as Robert Evenson retired, Boozer took on his role as Director of the IDE program. Since then, he has shaped the program tremendously. He maintained the personal character and small size of the original program that allowed him to serve as an involved mentor to all students. As an advisor he truly puts the student’s plan first and does not prescribe a ‘one-size-fits-it-all’ approach. He transformed the program further to an internationally known program that ensures all graduates have the core skills expected of professional policy analysts and economists.

As a teacher he believes in making IDE students independent users of economic tools. Questions and comments are highly appreciated in his classes and he gladly responds with application-based anecdotes. He is very approachable and happy for long discussions with students who show interest in a topic.

Roughly 500 students obtained their degree under Michael Boozer’s dedicated mentorship and are still in contact with him and the program today. He enjoys baseball, is a fan of the Pittsburgh Steelers, loves chicken biryani and prefers working at night.